Domestic goddess, career woman or both? 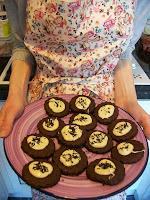 The dichotomy or choice between being a domestic goddess or a career woman has been on my mind over the last week for a number of reasons, but although my thoughts are a little half-formed at the moment, I wanted to write about it. My blog probably gives a sense of me as someone who loves her home and enjoys pursuits related to the home - primarily baking (not just one but two sorts of biscuits), but who has dabbled in other domestic arts such as making jam and chutney and mincemeat and who makes her own Christmas cards and cross-stitches. But I recently wrote posts as part of the Library Day in the life project where I detailed some of my professional activities. I'm at the stage in my career at the moment where I can just about manage to balance my life as a professional and my life as a home-maker, but I'm not sure if I would be able to if we lived somewhere that is bigger than our current small flat or if I progressed any further up the career ladder.

I tried to think of role models, particularly in literature as I suppose my world view is generally more affected by the books that I read than by celebrities. But the trouble is that the books seem to reinforce the view that you can't really do both. One of my favourite publishers, Persephone Books, publishes books "by women, for women and about women", but they unashamedly seem to focus on the domestic sphere. Similarly Virago books celebrate women too, but although some of the titles feature women who have careers and do great things, they don't ever do so at the same time as trying to maintain a household and a partner.

I asked my friend Claire (Paperback Reader) if she could think of any examples; she came up with Nigella Lawson - a woman who is held up as an illustration of a domestic goddess, but who is also a career woman, but we decided that she is not an example really at all since her career was made out of pursuing domesticity!

Are there any women in literature who I might be able to emulate? Or somewhere down the line am I going to have to admit that I can't have it all and make a decision between which path I pursue? A better job and Marks and Spencers Ready Meals and predominantly seeing my partner when we are both tired, or deciding that I want to have time to wear my Persephone pinny, bake and blog and look after my partner but accepting that this means I will never reach great heights of salary or importance. 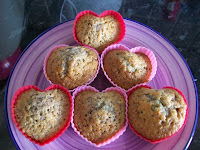