This week’s veg box caught me a bit by surprise. We still had 1.5 courgettes left from the previous box, as well as an avocado which was only just ripe, 4 oranges, 2 bananas and 2 apples left. I had also said no to three of the vegetables in this week’s list so I had 3 wild card vegetables to account for. It’s meant that both last night and tonight I have spent quite a bit of time in the kitchen cooking up a storm (or something), and I have further cooking to look forward to at the weekend (yay – slightly sarcastic yay as I’m suffering from a lack of downtime at the moment!).


What did we get this week? We got two large beef tomatoes, mushrooms (wild card), red pepper, chicory (eek – never seen or tasted let alone cooked that one!), leeks (wild card…), salad leaves (wild card but that’s fine, I can cope with salad!), two slightly knobbly cucumbers and radishes.

I’d already been planning to make a veggie chilli with the red pepper so just put the mushrooms in as well. A 4 portion yield which will do for a packed tea for Mr W tomorrow night, a dinner on Friday night and two portions for the third hungry member of our family, the freezer.

With the leeks, I whipped up a macaroni and leek cheese, using milk that had been in the freezer, and for the first time making a white sauce in the microwave. It’s a lot easier I promise you!! I sliced beef tomato on top, and Mr W ate half before I had got my camera out.

Using up the courgettes and some asparagus and incorporating leftover spinach and one of the beef tomatoes, I made myself this wonderful looking risotto.

Cucumbers and radishes will go with Mr W’s lunches, so it’s just the chicory left to deal with. Have sought advice on this one too, and have come up with a chicory gratin (to which I’ll add the remaining leek) which we’ll have with jacket potatoes (and a tuna steak for Mr W) at the weekend. Fingers crossed it works!

And tonight I’m making my first attempt at a steamed pudding. I saw this recipe and thought I’d give it a go with my oranges, though for the sake of our waistlines I’m not making the Orange cream. I’m a bit nervous but have sought advice from my Mum and a colleague about steaming puddings and fingers crossed it’ll be ok! I’ll post about it tomorrow as I have another bake in mind for using up the last orange. 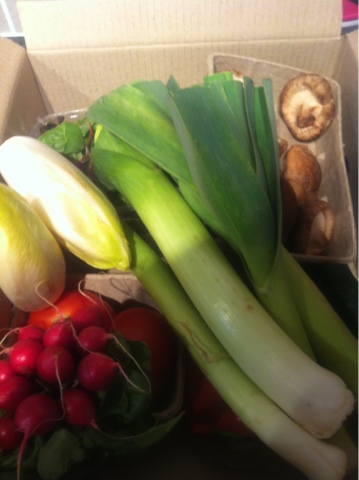 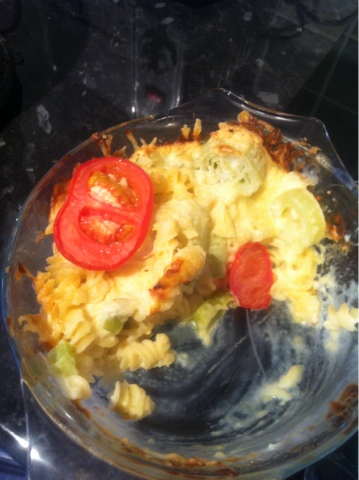 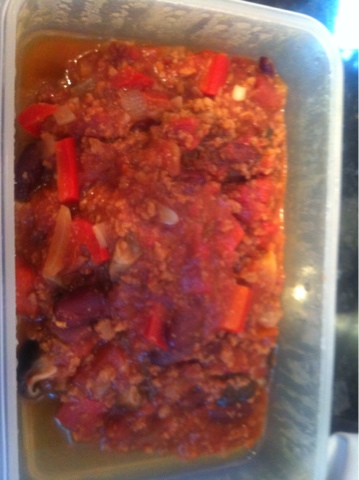 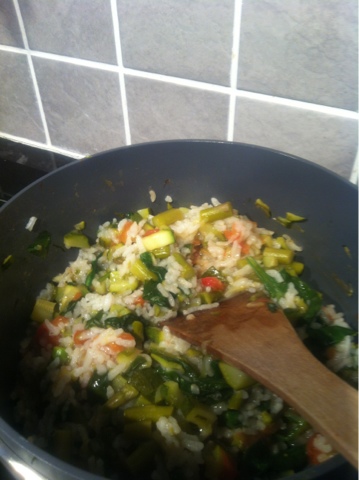