In which I share some recommendations of Christmas listening

I've been having LOTS of chats with various people on twitter over the last week or so about Good Christmas Music. I've been fortunate enough to get some new Christmas music on my ipod in the last couple of weeks and wanted to share what. I'd love to hear what other people are listening to this Christmas. 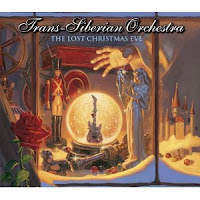 First up are the Trans Siberian Orchestra. Mr W and I came across them last Christmas when we saw this amazing Christmas lights video on YouTube [do click through and watch it - it's amazing!!] . We promptly bought the album it was on called Lost Christmas Eve, but owing to the snow, we didn't get it until nearly February so it's only now that we've got it out. Great if you want some prog rock with lots and lots of Christmassy bits. Good one for doing the pre-Christmas house-work I'd say. 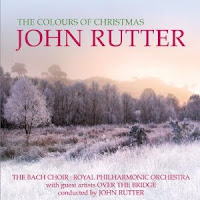 After doing your pre-Christmas house-work, you're bound to be sitting down for drinks. In which case, I'd recommend the new John Rutter "Colours of Christmas". John Rutter is one of my favourite modern choral arrangers and here he takes lots of popular pieces and gives them lovely arrangements. Singalongable to but also great for background music.

One of my favourite bands is St Etienne, and last year they released a limited edition CD called A glimpse of stocking. I didn't get my hands on one, but the good news it is available on i-tunes. This is trendy (well as far as I manage to be trendy) listening to on the bus/train type music, mostly their own songs but one or two covers. 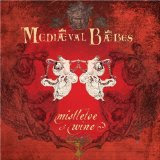 Finally for some real chill out music, I've downloaded Medieval Baebes, Misteltoe and Wine, medieval choral music. Love their arrangement of Gaudete.
PS: Favourites from previous years? Tori Amos, Midwinter Carols, (a recommendation from Paperback Reader Claire), any arrangement of Ceremony of Carols by Benjamin Brittain (always sends shivers down my spine), and usually some brass band music is good too.
Posted by verity at 17:49