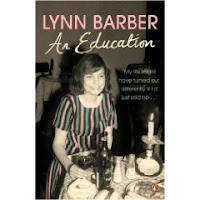 I don't often write about films (although I have been going to the cinema quite regularly this Autumn) but I found myself so fascinated by An education which I saw on Monday, that I wanted to write about it here.

Set in 1960s London, An education is based on a memoir written by Lynne Barber. In the film, Lynne is called Jenny, and aged 16, Jenny was destined for Oxford, driven as much by her father's ambition as her own. One day, she was picked up at a bus-stop by an older man, David. And suddenly her "education" became much broader; he introduced her to a realm of new experiences - real concerts, auctions, seemingly well-to-do friends, outings to nightclubs and eventually sex. Jenny, already astute and cultured, is captivated by the opportunity to do things and see things that did not form part of her stifling upbringing. It is easy to see why Jenny is charmed by David and his way of life, but at the same time, I found David extremely creepy. Eventually she is persuaded to give up her education and Oxford entrance exam to get engaged to David; even her father is happy as ultimately one of the reasons that he wanted her to go to Oxford was to find a good husband, and he has also been seduced by David and thinks that this will save him money in the long run. My instincts about David were correct as it turns out that he is not all what he seems and Jenny is forced to make some difficult decisions.

Film-wise, I thought that Carey Mulligan made an excellent Jenny. I loved the 1960s detailing and the picture of suburban English life which it painted. As usual, I quibbled with the Oxford scenes - cyclists in the courtyard between the Old Bodleian and The Clarendon building, I don't think so!

For once, I had not read the book before seeing the film, (although the book has been on my Amazon wishlist for quite a while) which was actually quite refreshing as I had no preconceptions about the plot. It has made me very keen to read the book; I spent all of last night wondering whether the ending was added by the film makers to give a happy finish to the book, but fortunately one of my colleagues was able to tell me that it was true. One of the reviews of the film that I read suggested that the film didn't really reveal enough about Lynne's thoughts and feelings at the time, so I think reading the book will give the story an extra dimension.

Have you seen the film or read the book? And what is your feeling on reading/watching first?
Posted by verity at 16:05