As it's not raining for once, it's time for a little garden update. I have to say that the recent weather (torrential rain and high winds) has not been pleasant for my little babies and I hope they will survive. I planted the tomatoes out on Jubilee Weekend and they do just about seem ok although desperately in need of some sun. 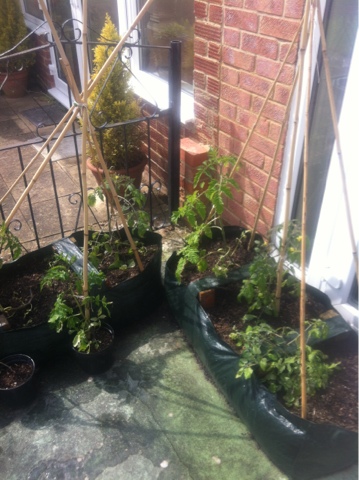 The courgettes went out a week ago - following the first lot of courgettes which failed, we decided that part of the problem was that the ground had not been properly prepared so Mr W has kindly sieved the soil and then tipped five bags of compost on top (Sainsburys special offer...) and then I planted them out. They ARE very floppy but it seems one doesn't need to cane them. I think one of them won't survive, but two of them have started growing little flowers which I was very excited to spot when I watered them earlier. They seem quite thirsty, I'm not sure whether it's the compost that's super absorbant or that they are planted next to the garage but they seem to need a lot of water in addition to the rain that's falling. Won't be so much of a problem once Mr W fixed the outside tap and I can either use the hose (now that the hose ban has been lifted) or at least not carry my watering can so far! 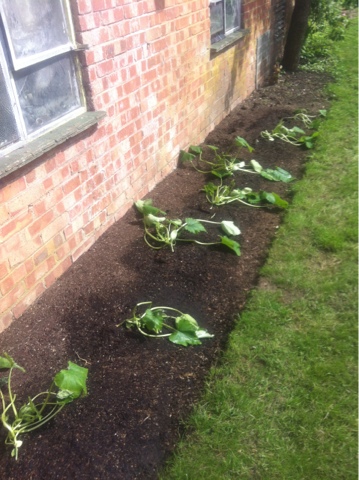 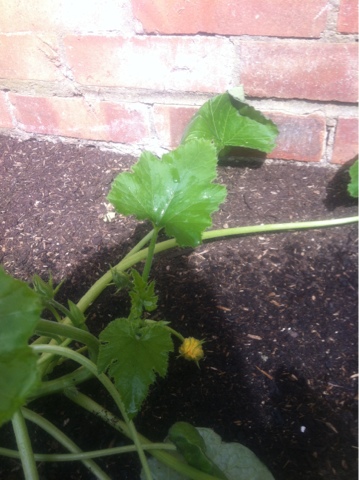