Catching up with growing things

It's been a while since I've blogged about growing things.  Or rather not growing things as the picture below shows.  I mentioned I think that Mr W planted out my courgettes whilst I was confined to bed post wisdom tooth, much to my horror.  With all of the "drought" that we've had in the last week, the poor little baby plants stood no chance and have literally been washed away.  I cried. 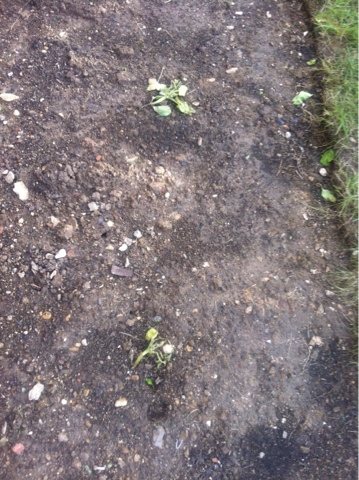 However, a couple of people have reassured me that it's not too late to try again, so having repotted on my tomatoes into larger pots this weekend, I used the remaining compost to replant some courgette seeds.  You'll see here that the tomatoes are doing rather well, as is the parsley. 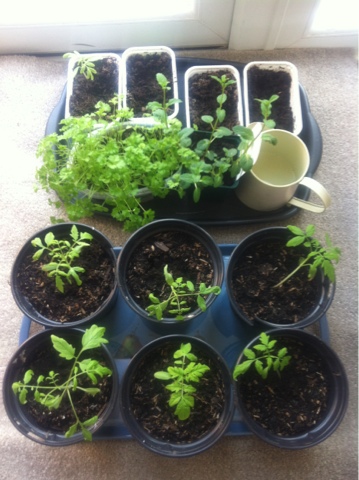 Finally, for Christmas, I gave Mr W a grow-your-own chilli plant.  He ignored it until Easter when I made him plant it, having read the packet and realised that it takes 90 days to grow chillis.  They seem to be doing rather well so far. 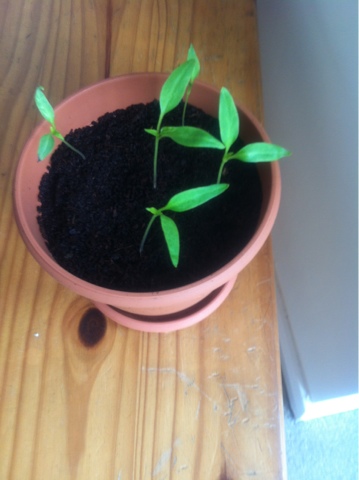