I stumbled upon these on Amazon yesterday and haven't been able to resist pre-ordering them. 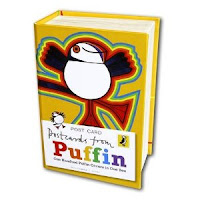 I loved the set of Penguin Postcards that came out last year, there seems to be a postcard for almost every occasion, and I loved flicking through the cards again and again before I started using them to look at the publishing history of Penguin. I think I am going to love these even more - I adored reading Puffin by Design and am regularly using my pink puffin book bag - and I am looking forward to finding more appropriate cards to send to people. They're not released until October though.

There are two books which I would love to pre-order, but won't, because I'm trying not to buy books at the moment (is August too early to start writing my Christmas list??), both in a similar theme featuring material from the Mass Observation Archive. 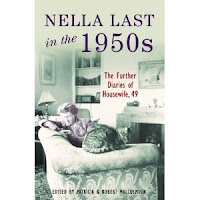 The first is the third installment of Nella Last's diaries. I came across Nella Last well before she had the big revival following the Victoria Wood TV Drama "Housewife 49" which led to the publication of a second volume of diaries, Nella Last's Peace, because she was one of the "set texts" for a module on my degree course. I was delighted to be able to meet her again in the second volume, which proved a fascinating insight into post-war life in Britain - there was certainly no immediate end to the hardship which the British had endured since 1939. This new volume, Nella Last in the 1950s, picks up where the last volume left off. 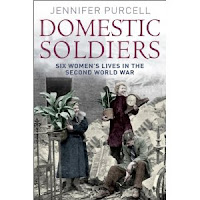 The second is another book providing a window into women's experiences during the Second World War. Domestic Soldiers by Jennifer Purcell describes the lives of six women (including Nella Last) and the effects that the war had on their circumstances. It sounds absolutely fascinating and one of my favourite sorts of books.

I do hope to get copies of these eventually, and will certainly write about them when I do!
Posted by verity at 13:30